A big blow to big polluters

This was a win they told us wasn’t possible. But we never doubted the power we have together. Now, this is one huge win for people and the planet.

EU leaders didn't seem to be listening and kept supporting a toxic treaty that meant our governments could be sued for billions whenever they took ambitious climate action. [1]

We knew that our planet needed us to keep going, so we did! This is what we did together:

First we warned the EU Commission that the toxic treaty was a relic. A fossil left over from a climate change denying era that should be relegated to the history books. 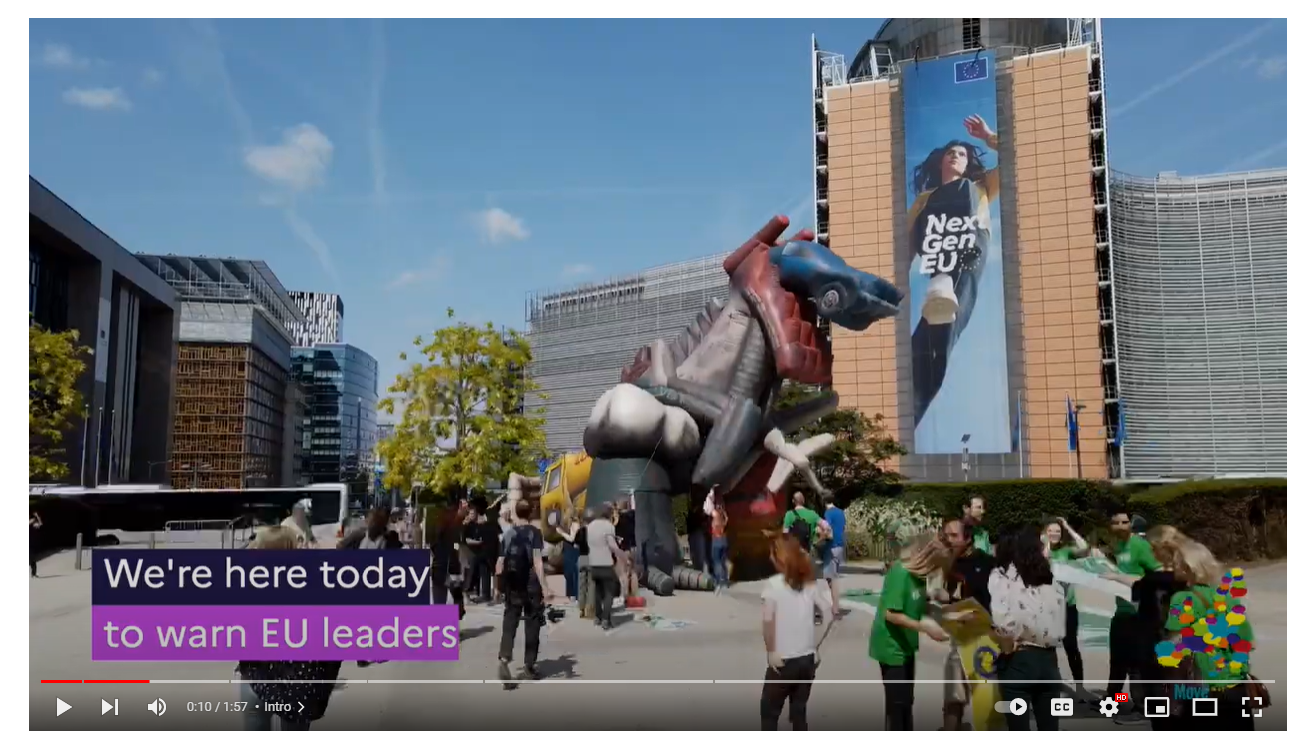 Then, when we realised the talks by EU leaders were not heading in the right direction, we teamed up to take action. Together with Extinction Rebellion we staged a massive climate crime scene right outside of their meeting. Leaders were forced to walk through the terrible reality they were helping to create.

Next climate activist Greta Thunberg joined our fight - we spread her message in our tens of thousands. Building the public outcry needed to power our movement for change. Together we continued demanding that our leaders stop protecting big polluters. 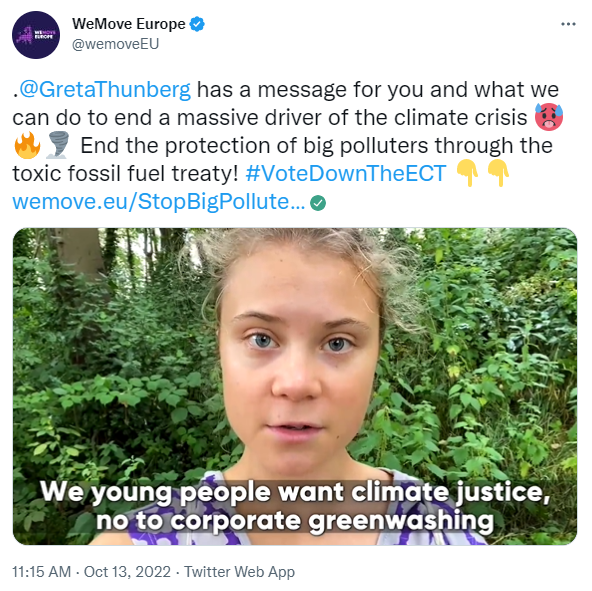 Finally turning the wind in our favour!

Our actions were starting to reach EU leaders when Poland and Spain announced they would be taking power back from dirty energy companies and ditching the toxic treaty. It sent shockwaves across the EU. Soon they were not alone. The Netherlands, France, Slovenia, Germany and Luxembourg also joined the party!

But we did not stop there. We urged our ministers to vote against the treaty, challenging them to put their words into action. So that the entire EU could be free to take ambitious climate action. 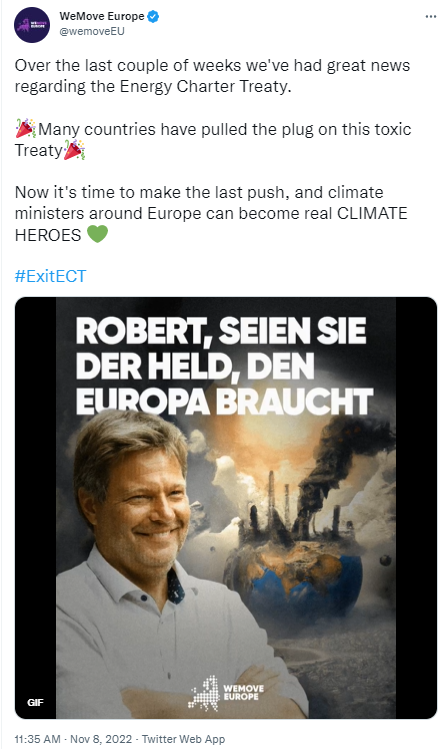 And guess what… we won the vote! This is a major blow to all those who continue championing the toxic treaty and a strong message that Europeans want a bold sustainable future.

Then the European Parliament, following rapid response pressure from this community, gave the final kiss of death to the treaty, urging the EU to end the toxic treaty.

We kept going with this fight because that's what we do. This community exists to take on the tough fights, on issues that often get sidelined. By coming together we keep the pressure up time and time again, even when an issue drops out of the headlines.

This win is absolutely huge but we don’t expect the Commission to just roll over and give in. We’ll be watching what happens.